Harmonica is mostly associated with blues. I led blues bands for many years, and love the music deeply. However my recordings are mostly American Bluegrass and Irish tunes.

Others are slower, like this 18th century Irish tune from O’Carolan

These tunes and others are on my CD Black Mountain Harmonica

For several years I played with the Lawnmowers, a distinctly Australian Bluegrass band, featuring Andrew Clermont, Dave Hellens, and Robbie Long. We sounded like this:

The tune is “Jump UP”, by Dave Hellens. Being on stage with the Lawnmowers was exhilarating, to say the least. Here is “Blackberry Blossom”, with Liz Frencham on bass and Lucy Langham. Somewhatt LoFi, but you’ll get the idea. 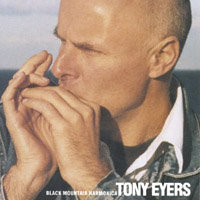 Available on iTunes and CDBaby